Despite the serious purpose behind the annual Swim Across America-Rhode Island Swim -- the motto for which is "Making Waves to Fight Cancer" -- the clear skies, large turnout, upbeat music and festive vibe surrounding this year's fundraising event was more than welcome after a summer swim season that saw the cancellation of four R.I. open water events and two others held in less-than-stellar weather.

However, on this near-perfect Saturday morning, three dozen SwimRI team members arrived early, displayed their trademark enthusiasm and team camaraderie, and stayed well after the finish to revel in the sun and sand before moving the gathering to the upper deck of George's of Galilee just down the beach at Salty Brine.

The day's pre-swim ceremonies included a moment of remembrance and dedication, acknowledgements by SAA CEO Rob Butcher, statements from Providence College Head Swim Coach John O'Neill, doctors and clinical researchers from Womens & Infants Hospital, and heartfelt remarks from a local cancer survivor. Overall, there were well over 500 swimmers -- including over 200 college swimmers and coaches -- who collectively raised more than $180,000 in donations to support local cancer research.

Special thanks to our SwimRI SAA team captain Alexis Santoro and to Frank McQuiggan for rallying the troops. Next year we anticipate an even bigger SwimRI turnout and hope to raise more funds in support of this worthy cause and very well-run event.

Additional event photos are posted on the SwimRI Facebook page. 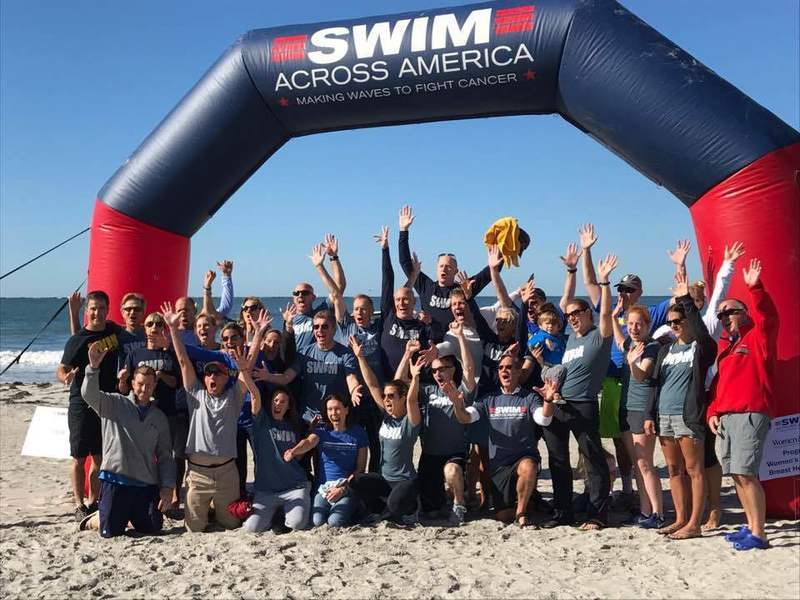